As the bills for the swollen prison system come due, states manage costs by making conditions even more unbearable. In response, prisoners across the country have organized two major prison strikes.

On August 21, 2018, prisoners across the country went on strike. As of this writing, reports from inside indicate that sixteen states have joined the strike wave, which includes not only work stoppages, but also hunger strikes, boycotts, and sit-ins. Many of these prisoners are now facing brutal retaliation for resisting the conditions of their captivity.

The 2018 strike is part of a broader sequence of coordinated actions. Just two years ago, on September 9, 2016, prisoners engaged in the most massive and widespread prison strike in the history of the United States. The date was chosen to commemorate the forty-fifth anniversary of the Attica prison uprising in New York. Although prisoners at Attica had managed to hold the facility for days, the rebellion was crushed by the state on September 13, 1971. Twenty-nine prisoners were killed. In a chain of violent repression that still knows no end, the rebellion was itself partly inspired by the assassination of imprisoned intellectual and Black Panther George Jackson, who had been murdered in California’s San Quentin prison weeks earlier. Today, the spirit of Attica and the specter of George Jackson continue to haunt the prison state and continue to inspire militants both inside and outside prison walls.

The United States currently warehouses almost 2.3 million people in federal and state prisons, county jails, juvenile correctional facilities, and immigrant detention facilities. However, not all people bear the brunt of the carceral state apparatus in the same way. As prison abolitionist and geographer Ruth Wilson Gilmore writes in her book Golden Gulag, “racism, specifically, is the state-sanctioned or extralegal production and exploitation of group-differentiated vulnerability to premature death.” The warehouses of social death we call prisons are a clear mark of such racism. While Black folks make up only 13 percent of the total population outside prison walls, they make up 40 percent of the incarcerated population.

The 2016 prison strike was called by the prisoner-led Free Alabama Movement and supported by many outside organizations, such as the Incarcerated Workers Organizing Committee of the Industrial Workers of the World. During the 2016 strike, prisoners focused on action against prison slavery through the refusal of labor. It’s important to note both that most prisoners inside do not work and that prison slavery is not reducible to a specific form of labor exploitation—it is also about racial control and social death. Prisons are not labor camps. Rather, they are mostly warehouses that attempt to contain the crisis of a racialized surplus population. However, prisoners that do labor (either with or without being paid) hold jobs that tend to be essential for the maintenance of prisons: washing, cleaning, and perhaps most importantly, cooking. As such, when imprisoned workers do not show up to work they disrupt the very functioning of the carceral apparatus itself. What this means is that the state has to step in and ensure that those functions are somehow fulfilled either by other prisoners or by prison staff itself. During the 2016 strike, reports from the inside indicate that in Michigan’s Kinross prison the warden was spotted making peanut butter and jelly sandwiches with his staff. The key point is that, in such a situation, the state must pay extra wages and spend significant resources to keep its prisons running. In that sense, the 2016 prison strike was highly successful because it was able to partially reduce the state’s capacity to hold prisoners captive.

“During the 2016 strike, reports from the inside indicate that in Michigan’s Kinross prison the warden was spotted making peanut butter and jelly sandwiches with his staff.”

The 2018 prison strike further develops this strategy of disruption. The strike was also called by a prisoner-led organization, Jailhouse Lawyers Speak (JLS), in the wake of the bloody massacre at Lee Correctional Institution in South Carolina. In an interview with Shadowproof, JLS organizers called for prisoner unity after the massacre at Lee by stating, “Hey, I’m for disruption! That’s what comrade George Jackson said, ‘I’m for disruption,’ as long as we’re disrupting the system and not destroying each other.” JLS issued a list of ten broad-based demands that seek to ameliorate the immediate conditions faced by those inside. Prison rebels have also broadened their strategy by multiplying their tactics. The 2018 prison strike did not just emphasize work stoppages, but also included sit-ins, boycotts (either of commissary or other services), and hunger strikes. This allowed for broader participation from prisoners who do not work. For instance, detained immigrants at the Northwest Detention Center in Washington joined in by staging a hunger strike, and JLS has released a statement in support of the “Abolish ICE” occupations, demonstrating the breadth of resistance to the carceral state. Furthermore, this time prison rebels called for a two-and-a-half-week period of activity, rather than just a single day, as in 2016. The 2018 prison strike was slated to kick off in Black August—more specifically, on August 21—and last until September 9. Lengthening the period of disruptive activity not only increases the costs incurred by the state but potentially delegitimizes it further.

For now, it is difficult to assess the full impact the activity of prison rebels has had on the state. What we do know is that retaliation has been swift. Reports from facilities in twelve different states demonstrate that several prisons were preemptively put on lockdown. Strike organizers (or at least those that were deemed so by the state) have had their belongings destroyed and have been isolated from the general population. For instance, revolutionary writer and organizer Siddique Abdullah Hasan (who was sentenced to death by the state of Ohio for his alleged involvement in the 1993 Lucasville uprising) has been blocked from all communications. As his supporters have pointed out, this was specifically because of the prison strike. Despite these retaliatory actions, prison officials have denied that anything at all has happened. Like the good cops they are, they ensure everyone that everything is in order. As such, for comrades on the outside to say or assume that “nothing” is happening on the inside is not only to affirm the infamous police narrative—“nothing to see here, move along…”—but also to negate everyday forms of resistance that comrades on the inside are always engaged in. News about the strike passes beyond prison walls through whispered words at in-person visitations, through the ingenious design of advertisements in newspapers or newsletters, through cryptic messages found in written letters or state-monitored phone calls, and sometimes even through contraband cell phones. The walls are more porous than we are often led to believe, and it is the task of any abolitionist struggle to make such walls of containment ever weaker.

JLS has asked outside supporters to fight for their ten demands, which include an immediate improvement of living conditions, the abolition of prison slavery, and an end to life without parole. They also ask that the unincarcerated continue to support prison rebels currently facing retaliation. Outside support during the 2018 prison strike took the form of direct action at prisons, jails, and detention centers, mostly through noise demonstrations (one involved fireworks) and even through an occupation outside a prison in Florida. Massive coordinated call-in campaigns—“phone zaps”—to inquire about the status of prison rebels facing retaliation have also been successful in pressuring prison officials to release people from solitary confinement. Letters of support are also extremely important for imprisoned rebels who will likely spend the next months or years of their life sitting in an 8 × 6 foot solitary confinement cell, twenty-two hours a day, seven days a week. As comrades from The Fire Inside collective remind us, there is a feedback loop that happens when prison rebels take action on the inside and those on the outside support their courageous actions. It is our task to keep that feedback loop going by supporting the efforts of prisoners. Through these connections we might together dismantle the prison state, whose walls not only hold millions captive but insulate those of us on the outside from an intensifying crisis. 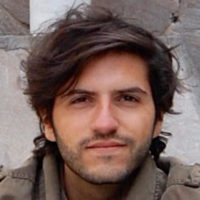 Alejo Stark is an organizer with Michigan Abolition and Prisoner Solidarity (MAPS) and a co-producer of Rustbelt Abolition Radio (RAR). Between 2008 and 2013, he was an undocumented student organizer with the migrant justice movement, fighting against deportations in South Florida and Rhode Island. He currently lives in southeastern Michigan.