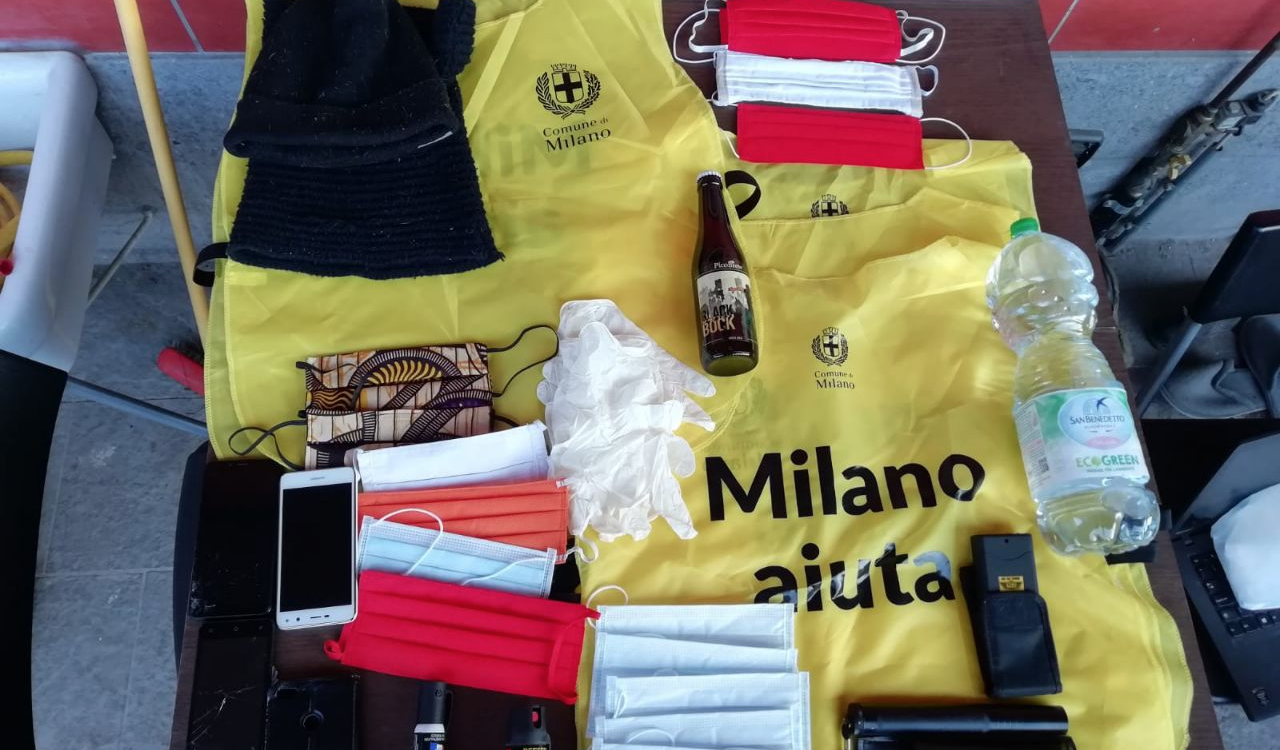 Valerio and his comrades knew they could not treat COVID-19 like any other struggle or mutual aid campaign. They had been part of flood relief efforts and mutual aid work in areas in Northern Italy struck by fire, movements against police and for workers, but a virus is different. It’s not visible. You can’t confront it directly, as you might a fire or the police. Valerio had been on the streets in Genoa, in 2001, during the antiglobalization movement, when the Italian police killed Carlo Giuliani, and injured and arrested hundreds of others. He had been involved in autonomous struggles for twenty years, but nothing like this. Everything needed to be reevaluated.

First off, they said to each other, if they were going to be out in the streets, trying to help people, they had to accept a certain amount of training and discipline. People couldn’t just do whatever they wanted, or they might actually make things worse, make everyone sicker. They needed to follow proper hygiene procedures, understand how the virus spread. They needed training. The first step was finding a doctor or an organization that could provide that structure. They linked up with an NGO, Emergency, that had been involved in fighting the spread of Ebola in West Africa, and in particular a doctor who could train them in the proper procedures: how to put on gloves and masks, how to interact with people who might be infected.

The next step was splitting up into teams that could get out there and deliver food and medicine to people stuck in their homes. They set up a call center and distributed a unique hotline number, so people could phone in for help. Emergency let them use the first floor of their office to store supplies and receive calls.

At the time Valerio spoke to Commune from the apartment in Milan where he coordinates operations for the Volunteer Emergency Brigades (Brigate Volontarie Per L’Emergenza), they had over 180 trained volunteers working in teams across the city, and many more waiting for training. This was on March 23, and the situation in Northern Italy had deteriorated rapidly, he told me, largely due to the terrible decisions of the people in power. Even as the epidemic was exploding, the national union of restaurateurs distributed a video, with the hashtag #wewontstop, encouraging people to go out, to eat in restaurants and drink in bars. Confindustria, the association of industrialists, has repeatedly lobbied the government to keep factories and workshops open even as the armies patrol the streets and the death toll rises. On March 21, the Italian government took the unprecedented step of closing the factories, but even then Confindustria managed to lobby to keep them open for a few more days.

The work the partisan brigades do is largely non-medical. All over Milan hundreds of people are trapped in their houses, without food, without hygienic supplies like sanitizers and masks, and without adequate medical care. They are sometimes stuck in abusive or dangerous situations, or struggling psychologically. As in numerous cities around the world, Milan’s hospitals now take only the sickest people, telling most confirmed and presumptive positive cases to isolate at home, and many vulnerable people cannot risk venturing out. This is where the brigades come in. They’ve divided the city into nine zones, each one named for a famous partisan. Their call centers receive requests from all over and dispatch teams to deliver supplies, or they put people in touch with counselors. Right now, the challenge is finding more food. They need pallets of food, tons. They also hope to get a big shipment of personal protective equipment, which they will distribute in neighborhoods. They can now refer people to psychologists in their homes. The thing they really want to be able to do is help all the children trapped at home, and all the parents without childcare, but that is very complicated.

Much of their work is possible because of their willingness to use NGOs and city government as shelter for autonomous efforts. They petitioned the government to be able to operate in the streets, without police harassment, and to operate a hotline number distributed by the city. They refer people to local social services. On the day we spoke, Valerio mentioned one person sick with COVID-19 he had spoken to that morning, a woman from Ecuador, with a positive diagnosis, who had been sent home from the hospital, because her case was not that severe. Now he worries she won’t make it. She has no food, she can’t work, and she lives alone with her three children, all of whom have COVID-19. The brigades got her some food, he said, but the next day he would call the city and make sure they provide her with support.

Their efforts are not alone, of course. Unions have gone on the offensive in the large industrial enterprises and in the logistics sector, initiating a general strike. Workers in these sectors are being brought together in huge numbers without proper protective equipment or safety procedures, even as totalitarian restrictions are applied elsewhere, and even as all evidence points to spread in the home and workplace. And among health care workers, even though they can’t strike now, there is a growing rage at the lack of proper equipment and resources.

Prisoners, too, are in open revolt against the overcrowded death traps in which they are forced to dwell. There were riots and uprisings in twenty-eight Italian prisons in early March, once the disease began spreading among inmates. In Bologna, after a mass escape, eight prisoners were shot. Thirteen prisoners died during the wave of revolts, many of them shot, and others in disputed circumstances.

Valerio was outside the prison in Milan, demonstrating. The prisoners were on the roofs, shouting, and they had lit part of the jail on fire, and it was there that Valerio and other comrades met and decided that this struggle wasn’t like others they had participated in and was going to require new tactics and new ideas. For now the focus is on mutual aid, on survival under desperate conditions, but with the respect that the brigades earn distributing groceries and medicine and masks, in the future many things might become possible. There will come a moment when it is safe once again to be in the streets in numbers, when the epidemic has subsided, and then there will come a reckoning for those responsible, for the politicians who gutted the health systems and the employers who endangered their workers. If you look at the places where the outbreak is worst, they are also where Italian capital is most concentrated, where the largest firms are based, and the greatest number of workers toil. Bergamo, where the outbreak is worst, is an industrial center, producing iron, concrete, and marble, as well as textiles and refined metals. Now the crematoriums there have collapsed and the army has been called in to remove bodies.

The most important thing, he tells us, is to act with ethics, to meet the situation, and to show that autonomous groups are better providers than the government, better carers than the employers, better able to meet the needs that exist. You do that by showing that you are organized and serious. Once that trust and credibility has been established, partisans can show that those who died from the virus were victims of capitalism not casualties of an accident of fate. A pandemic is a unique occasion, it spreads everywhere among the people and in that creates a situation common to many, all across the world. It’s time to build the brigades.