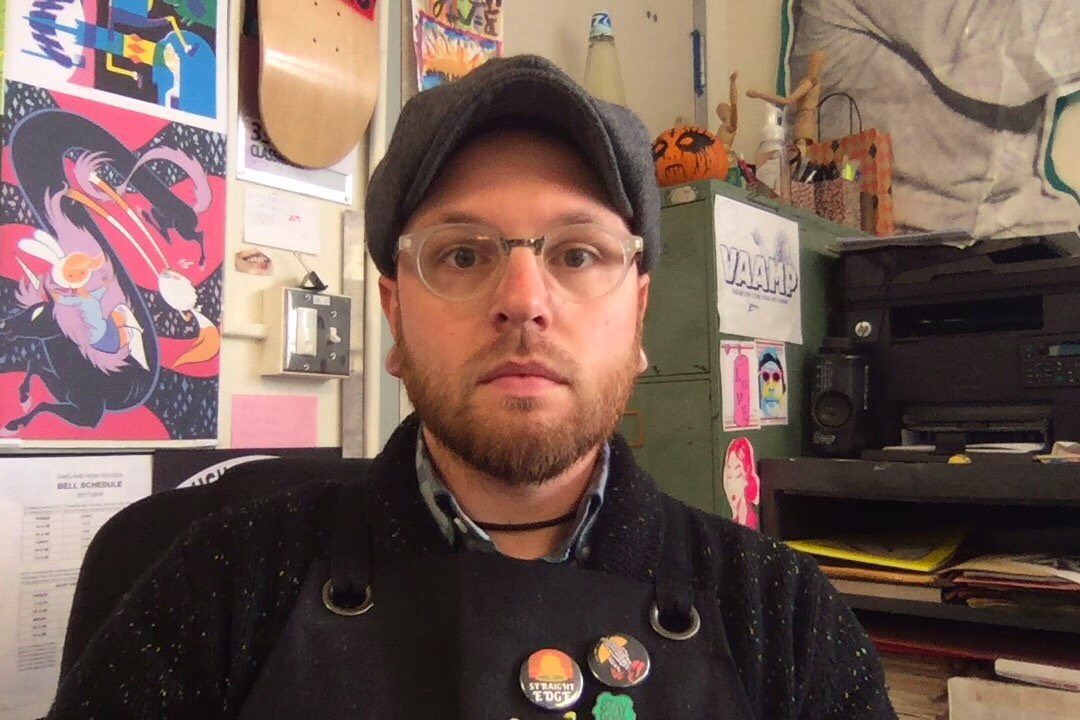 The Oakland teachers’ strike came to an end last Sunday. We spoke to Robert Smith, a teacher at Oakland High School, to hear some of his reflections on the picket line, and the tensions produced between the workers, the students, and the unions as an outcome of the strike.

How did you get involved in the strike, and what were your thoughts, ambitions and goals, going into it?

I got involved in the strike through the momentum that had been building over the past couple years. This is my second year teaching at Oakland High School. When I got here last year, there was a lot of grumbling about the recently expired contract. We wanted an updated contract with higher pay and more support, but the district was unwilling to work with us. People had been talking about this action in faculty meetings since last Spring, and it finally came to fruition. Our union site representatives were doing most of the leg work and I just jumped in when I could to support. My personal motivation was for higher pay. The Bay Area is astronomically expensive, and Oakland Unified School District (OUSD) pays teachers way less than any other district in the Bay.

How did the teachers organize themselves, and how did they organize with community members (including students and other staff)? Did the union facilitate or obstruct that process?

As far as my school site, our union representatives did most of the legwork. We have been talking since last spring. Our reps have time to share at each general meeting, and the strike has been our main topic since last year. Personally, I feel like our union really dragged its feet. My site was set to strike long before the union made any major moves. We actually went out on a wildcat strike a month or two before the union action. We felt like everything was super stagnant and something had to happen. We wanted to spark something, and I think it really helped. We organized our action pretty quickly, but even with just one day notice, we were able to get two other high schools involved in a wildcat sick-out and a march downtown. It felt really good to take action, even though the official stance of the union was not in our favor.

When the time came for the union-approved strike, rallying support was very easy. We’d already attained publicity from our wildcat action, so people in the Bay knew that this was a growing tension. We talked to our students about what a strike means and why we were taking these actions. We aren’t supposed to encourage kids to stay out of school but some students came out to the picket lines every day to show support and stand in solidarity with us. This was awesome to see. There was a tremendous outpouring of community support. “We support Oakland Teachers” signs were in every local shop window. Folks were setting up solidarity schools and free daycare for elementary school children. People were dropping off food to the picket lines every day. I don’t know who organized this, but shout out to whoever dropped off fresh, homemade, tamales every day!

Did you participate in the pickets? If so, can you share a story or detail what they were like? I saw videos of some minor clashes with school board members. What did people think about that, from your point of view? What do you think the function of the pickets are, and how could they be better executed?

I was at the Oakland High picket line every day. Only five faculty members from our site scabbed during the course of the strike. One new guy almost hit me with his car in order to break the line. Also, two of the PE teachers thought that they could sneak across the football field entrance without facing the picket line. That worked pretty well until someone put a U-lock on all of the side gates overnight. Aside from that, it was pretty chill at our site. I have an awesome team who were super down with the action. Somebody actually brought a griddle and we started making pancakes on the picket line at six in the morning. Other schools didn’t have it so easy, especially the elementary schools, where parents have to find something to do with their kids when they go to work. Those were definitely the roughest lines. Our school sent volunteers to those sites everyday to help out and give those teachers some back up.

I should also mention that I have an amazing and supportive principal. He was totally behind us every step of the way. There was no “us vs them” at our site, it was always us vs. the school board. We heard a lot of talk about other principals who were threatening to fire new teachers for joining the pickets.

How did the students respond to the strike? What were the concrete demands of the strike?

I feel like our students fell into two basic categories: 1) “Support our teachers. Let’s get a better situation for them and us” and 2) “Cool, I can stay home and play Fortnite.” For me, both of those are fine. I didn’t hear any student who was opposed to the strike.

We had three main demands: 1) higher pay (we were pushing for 12% over three years), 2) smaller class sizes, and 3) more support for our underserved kids (including special education and English language learners).

“One new guy almost hit me with his car in order to break the line.”

Can you tell us about the contract negotiations? What did the union representatives end up agreeing to and how do you feel about that?

Negotiations went on for about a week and a half. Honestly, I think we got screwed. Many teachers and students feel this way. Basically, we got an 11% raise over four years, which isn’t much of a raise, as it is just enough to keep up with inflation and the gentrification of the Bay Area. They reduced our class size by one student, which is hardly noticeable. We got no extra support, as far as I know, for our underserved kids. On top of that, nurses and other classified staff are going to end up losing their positions, while those who are left are going to be burdened with the extra work.

I feel pretty betrayed by our union. They went out and declared the tentative agreement a “historic victory,” claiming that all of our demands were met when, obviously, that is just not true. In the end, it went to a vote and the tentative agreement won out by only 8%. I think a lot of teachers, especially those at difficult school sites, just got tired of fighting and caved into the half-ass contract.The worst part of it all is where the board decided to cut money from. Instead of chopping funds from the top, they cut out student programs, including libraries, restorative justice, and programs for Pacific Islanders.This is the moment the students really began to feel affected by the strike.

Things became tense after the strike. A lot of students felt betrayed, like their programs got thrown under the bus so teachers could get paid better. Rightfully so, because that’s exactly what happened. I had to talk to my students about why the tentative agreement passed and that many of us (probably 90% at my school) voted “no” on the agreement. We wanted to keep fighting until we won, but 58% of the teachers gave up. I explained it to one class this way: “It’s like our team made it to the Super Bowl. We are out there fighting as hard as we can, but then at half-time, half of our team says ‘nah, we’re good. Let’s just go home.’”

Earlier this week, students staged their own sickout and marched to the OUSD board meeting where the cuts were being voted on. They invited teachers along to join them. We were happy to march along with them, especially since those students leading it were the ones on the picket line with us. The last I heard, the students are planning a student strike to get their programs back. Based on their past actions, I think there is a high likelihood they’ll go through with it.

Are teachers across the US inspired by each other’s actions? Were you thinking about strike actions from last year in West Virginia or this year in LA? Do you think that teachers or workers in Oakland feel better positioned to continue fighting for better conditions after this strike?

The actions across the US are definitely inspiring to teachers. It was literally a topic of conversation every day on the picket line. We were comparing too. Like, “OK, we made it as long as LA, let’s see how much longer we have to hold out.” I do think that the strike has positioned other teachers for a better fight. Even though I’m not happy with the outcome, the media certainly makes it look like we won. I think that’s gotta be helpful for other teachers and unions in similar situations.

Any special thoughts or closing remarks?

I’m just really grateful for the community support that we had. It made the whole process so much easier. I should also mention that our students are awesome. I’ve been astounded by how much the students seem to engage and care about their programs. Maybe that’s my impression because I was very apathetic to school-related things as a teenager.

Matt Casciano is a contributing editor at Commune. He is a service worker in Atlanta, Georgia who can also be found at MaskMag.com.

The Year in Struggles

A Communique from Basque Country in the Time of Coronavirus